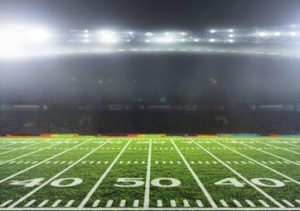 During the Texans Team Luncheon, Texans owner Bob McNair answered a variety of questions from Houston Sports Radio 610’s Mike Meltser and Seth Payne. Of greater interest to national fans were the Bob McNair Deflategate comments.
The comments aren’t surprising, except that he talked about the situation in more depth than most owners would. I do not think he was expecting those questions.
In general, McNair tends to be open with his comments, often more open than what his coaches sometimes would prefer. This is likely one of those times given that the Texans play the Patriots this season.
McNair’s Comments Perfectly Show the Problems with the Process.
In any event, the Bob McNair Deflategate comments are a great illustration of the naiveté most owners have with the NFL discipline process. Robert Kraft and Tom Brady thought if they were fully cooperative, they would be shown to be innocent. They were both caught off-guard with the peculiar direction that the NFL took in its investigation.
That is, the NFL ignored direct testimony denying the acts.  And with no real evidence, the NFL looped together timeline and text messages assumptions and then combined them with a scientific-sounding report that would never be admissible in an actual courtroom.
What all fanbases and owners miss out on is that unless you read all the documents of various -gates and have the expertise to know what they mean, you likely do not see how manipulative and unfair the NFL discipline process is. And by the time you see it firsthand, your team has already been harmed. For a short explanation of this mindset, please read my Houston Chronicle column, “Why the Deflategate case matters.”
Where Bob McNair is coming from now is where Robert Kraft was before Deflategate. Company guy who thinks Roger Goodell is a good man, doing things in a fair way, with tough discipline decisions for the benefit of all.
Full Bob McNair Transcript.
The following is a transcript of Bob McNair’s full answers relating to Deflategate with my annotations in blue. It was part of a much larger conversation. Full answers give more context too.
If this were a courtroom, the objection to a lot of this is, “Assumes facts not in evidence.” Remember, McNair is likely relying on NFL and media reports of the facts–many of them disputed, misstated publicly, or just wrong.
Mike Meltser: “You mentioned that you talked to the Commissioner this morning, from a big picture standpoint, do you think it’s good for the business of the NFL to have Deflategate go on this long seemingly with no real end in sight?”
Bob McNair: “No, I don’t.” [Um, the NFL is in key position to settle this quickly, Mr. McNair]
“I think we [the NFL] could have handled it better, I think the Patriots could have handled it better, I think Brady could have handled it better.” [Ya think?]
“You know, when you look back on it, if Brady had just said ‘Look, my guys know I like a softer ball, and that’s what I like, and so they do it. But I don’t go out and check the pressure of the balls, I don’t know that,’ I don’t think there would been an issue. It would have been a problem with the guys on the training staff who deflated the balls, and the Patriots would have got some kind of minor penalty, it wouldn’t have been a big deal.” [What if Brady said the truth? Oh and when does Goodell ever give out minor penalties? He gave a 4 games suspension to a GM who text messaged instead of walking down the hall].
“But what escalated the whole thing is that Brady and the Patriots were going to cooperate fully, and then when it came down to it, they didn’t. And that’s what really upset the Commissioner.” [There was a legitimate dispute about the extent of cooperation. Discovery disputes are common. In normal litigation, there are sane remedies. And if “upsetting” the Commissioner is the standard for punishment, all teams and players are at risk].
Meltser: “One thing I wonder about is, Ted Wells told Tom Brady that he felt that Brady was fully cooperative and seems like a major reason he got four games is that Roger Goodell said he was not cooperative. Let’s say Tom Brady was J.J. Watt, would you feel comfortable with the level of due process that has been afforded Tom Brady through this process?”
McNair: “Well, if it was J.J. Watt, I think he would have been cooperative, and it wouldn’t be a question. I don’t think J.J. would destroy his cell phone. So, you know, that wasn’t a good sign. If people had nothing to be concerned about why would a person do that?” [1. Brady didn’t “destroy” the cell phone. b. Brady has obvious privacy concerns] So it just doesn’t pass the smell test. [No pass smell test=4 game suspension, millions of dollars of salary?].
“Is there anything conclusive there? No, you don’t have any conclusive evidence. [!!!] But the whole idea is we want to make sure we have a competitive playing field that’s level for everybody and so we don’t want people breaking the rules.  And, even though, obviously, it didn’t impact the outcome of the game, I mean the Patriots just killed them.  And so, that’s not really the issue. But in the minds of somebody in that organization, they thought it would give them a competitive advantage, and that’s why they did it. So you just want to eliminate that kind of situation if you can.” [“The NFL needs to enforce all rules harshly even if they didn’t matter because of no coherent reason I can articulate”].

The takeaway from McNair’s comments?
It is an interesting look into how at least one of 31 owners see this. A huge contrast from how Robert Kraft sees it.
In my time following the team, Bob McNair has struck me as a reasonable person, who wants to do the right thing, and wants to be a good team-player owner. I think this Deflategate matter puts someone with that mindset in a bad spot. I think he honestly feels the way he said based on the information that he knows and has been given. But it is hard to justify when you say it out loud.
As a Texans fan, and a fan of the NFL, it concerns me how naive the owner mindset of “Hey if we just cooperate with Roger Goodell, we will get a fair hearing and minor discipline at worst.” That all comes from the wrong assumption that if you don’t cheat, you are safe. But that isn’t the case if the arbitrary and bad notice process problems make claims of actual innocence impossible to maintain.
Process matters. But process problems in both the criminal justice system and in the NFL discipline system are harder to articulate than inaccurate destroyed phone kind of headlines. The affected teams sees it. Their fans see it. And their concerns are blown off as just being biased.
And in the meantime, the rest of the owners are just trying to be good team players. Who would be better off not trying to explain the inexplicable.

___________
Have any additional questions, comments on this or any other Deflategate legal matter? Put them below. Please read the other comments first to see if I’ve already answered them.
Please note: I moderate this blog myself, and I do not want any abusive comments about anyone or any commenter. Plenty of places on the web for abuse, but I don’t want a blog with my name on it to be a place for that. I moderate and answer questions when I have a little time. Thanks for making this place cool.

wpDiscuz
23
0
Would love your thoughts, please comment.x
()
x
| Reply
You are going to send email to
Move Comment