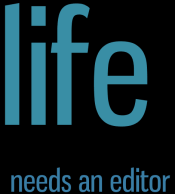 Interesting story today in the New York Times about King James Bible exhibit hosted at the Folger Shakespeare Library in Washington DC. They are commemorating the 400 year anniversary of the King James translation of the Bible by showing rare and unique Bibles collected from around the globe.

One of the more interesting Bibles featured is the so-called "Wicked Bible." The original printer of the King James Bible, Robert Barker, got in trouble for leaving out the word "not" in a subsequent edition. Unfortunately, the offending sentence read, "Thou shall commit adultery." Oops.

The Wiki on Robert Barker says that he and his co-printer Martin Lucas in 1632 were fined £300 for the mistake. Apparently, King Charles I of England was not amused. In today's dollars, that would be roughly the equivalent of 33,800 pounds.

All the Wicked Bibles were supposed to be destroyed, but apparently 11 survive, including the one on exhibit.

I am very glad I do not get fined for typos, and I miss having an editor. Great editors are like great legal assistants-they just make your life better (and more more literate sounding).