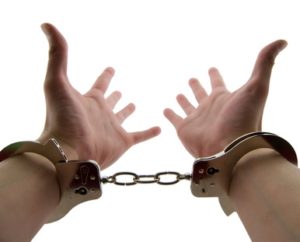 I’m often asked to comment on legal issues by non-lawyer media members. I enjoy helping with that, though it is sometimes hard to explain legal matters without simplifying to the point of inaccuracy. The following is an email exchange that happened with a story that the journalist decided not to write after getting my response because it made him think of the issue differently:
Media Question: “Do you think the pace with which the league or it’s teams now take disciplinary action against players who’ve not been found guilty (like Pat McAfee) or not even been charged (like Kenny Britt) spills into society’s general interest in rushing to judgment?
Has Roger Goodell, operating in the interest of his league, served to dent American principles like due process under the law and innocent until proven guilty?”
My Response: “I’ve written about the Roger Goodell-version NFL Personal Conduct Policy a number of times, but I think this piece, “All Hail Roger Goodell Or Else: A Look At The Personal Conduct Policy” summarizes my views the best.
As to your question, I do not think that the NFL Personal Conduct Policy as it is currently being enforced dents American principles like due process or innocent until proven guilty at all. I think, instead, the Goodell-revised policy is a reflection of those principles already being eroded in our cynical, plugged-in society. People think they know the facts, whether they’ve been accurately reported or not, and make their judgment. The “primacy effect” with how memory works means it is an uphill battle to overcome people’s initial judgments, even when shown facts that challenge their assumptions.
In all cases, high-profile or otherwise, criminal defense lawyers have to spend a good amount of time during voir dire, the pre-trial questioning of jurors, making sure that jurors truly understand innocence until proven guilty and keeping an open mind until they hear all the facts.
I think NFL fans in general tend to like the policy unless it involves one of their star players, and they don’t understand or like the punishment. Lots of “due process” and “innocent before proven guilty” talk thrown around by Steeler fans after the Ben Roethlisberger suspension, for example.
In general, however, people want to throw the book at criminals. Politicians get elected making harsher and harsher sentences against criminals and get thrown out of office if they are perceived as being soft on crime. Most people think that if someone is arrested, it means they are guilty, even if the American system of justice has a presumption against that.
I feel Goodell changed the policy because he knew fans don’t care to have all the facts before making judgment and trusts his own judgment as a substitute for the legal system. In particular, society as a whole resents the rich and famous, and feel that athletes get special treatment (even if they do not). Few have patience for dealing with how long the legal system typically takes to come to a final resolution. The policy arose out of fan frustration that a player like Adam “PacMan” Jones could repeatedly get into trouble, sometimes of a serious nature, and that he wasn’t being punished in what they saw as a timely manner.
Though athletes often do have some advantages in the legal system if they can afford to hire quality counsel and do so, they also have some disadvantages as well. Potential jurors can think they know the facts based on media reports, and jury selection in high profile cases presents special challenges. Some prosecutors see high profile cases as ways to make their career or set an example for the community, and as a result a player’s case will sometimes receive harsher punishment or plea offers.
The NFL is entitled under its Collective Bargaining Agreement to discipline players in the way it is doing, even if it means that the commissioner is the judge, jury and appeals court. The same thing goes for non-NFL employers. Most states are known as “employment-at-will” states which in basic terms means that employers can fire employees for whatever reason they want to, as long as it doesn’t violate a contract or the law, like discrimination laws.
So what Goodell is doing is fairly similar to what most anyone’s employer could do. His policy isn’t changing society but rather a reflection of general American attitudes that only respect due process and innocent before proven guilty when it happens to benefit them.”
Sums things up pretty well.