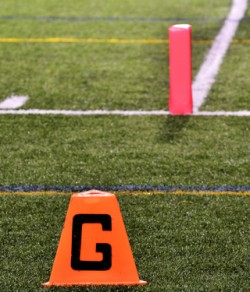 Before reading this Q&A, please read Part 1, "Saints Bountygate is Now Saints Litigate: Common Q&As." Documents relevant to the "Bountygate" issue are located there, along with answers to a lot of talk radio type questions.

Please read the documents yourself and draw your own conclusions. Here are my answers of additional questions received from NFL fans:

Will the failure of the players to participate in the June 18th hearing in front of Roger Goodell work against them?

That's the question posed by the Pro Football Talk Mike Florio's blog post, "Failure to participate in appeal process could come back to haunt players."

I'm not sure the players had any good choices to make by the time the June 18th meeting happened. Legally, they are playing defense. They were faced with making the better of bad choices.

I suggest reading the June 18th transcript of the hearing to hear both the NFL's and the players' point of view on why player participation didn't happen. Will also note that there's some factual question whether the players had a meaningful opportunity to meet with the commissioner before he ruled on the player's fate.

Here are some reasons why the players may not have chosen to participate:

1. It may undermine your future lawsuit to participate in a process you know is a sham. Participation can equal validation.

2. Roger Goodell is moving the goal line. The NFL keeps changing the reasoning for why the punishments are the way that they are. So maybe a player denies bounties, then maybe the player is getting the same strong punishment for something else–lies, pay for performance, leadership role in pay for performance, not discussing things quickly with the commissioner?

With most NFL punishments, it is very clear what the player is getting punished for–usually some sort of criminal event or drug use in violation of rules. In this situation, it is an evolving offense. For example,  the note "Cart-offs" may not mean actual hits intended to hurt players so they have to get carted off the field, but then the NFL argues that terminology is still very bad because it incentivizes actions more likely to hurt people.

Goodell has strongly condemned payments to injure, and has accused players of funding this, but the evidence relating to player performance pools (rewarding normal positive/negative plays) seems stronger than the pay to injure, pay to hurt a particular player evidence.

3. Given what Goodell said before the hearing, how can you fathom he'd change his mind about anything? Goodell says part of the punishment of Sean Payton is that Payton lied to him, and in Payton's brief statement after the punishment he said that he did everything in his power to answer the questions honestly. Both parties can believe they are right, but only Goodell's point of view matters.

How do you prove a negative? To the degree Goodell wants it. Swear on stack of Bibles? Lie detector test? See if you are a witch and float? If they keep changing the evidence that they are relying on, how do you refute it if you can't talk to witnesses, know who saying stuff against you, give reasons why that evidence is bad?

One moment the NFL is claiming that the  video of Anthony Hargrove is a key part of the case, and the next moment they say they aren't relying on that for the punishment, but they are keeping Hargrove's punishment exactly the same as when they thought they had incriminating video. What other evidence is not reliable?

To participate in this environment, given the player's view, is a sham. For them it isn't a fair hearing but more akin to asking your executioner where exactly you need to put your head on the block.

Why don't the players ditch all the lawyering and take Roger Goodell up on his offer to listen to their evidence outside the structure of the CBA?

Theoretically, Goodell could have an open mind about this case. But there is no reason, facts, history for the players to believe that talking to the Commissioner would lead to any better results than when Saints Head Coach Sean Payton spoke with Goodell.

The only time that Goodell has been lenient to players in the past is if they demonstrate contrition, do some sort of treatment, keep their nose clean. What could the players do to change Goodell's mind with the shifting sands allegations and evidence? I can't think of any proof that would be sufficient enough for Goodell to change his mind on punishment.

How can Roger Goodell protect whistleblowers from repercussions while still penalizing the players he believes paid to injure other players?

There is a difference using whistleblower information to identify a practice or stop a practice from continuing versus using it to discipline players, hurt their income and careers and publicly harm their reputation.

Certainly, the NFL has an interest in encouraging people with knowledge of bad acts to come forward without fear of reprisals. The NFLPA argues in its complaint that once that information is used to discipline an employee, the law requires those witnesses be available for further examination. (Pp. 70-71 of NFLPA v NFL).

On a slightly different point, Mike Florio at Pro Football Talk eviscerates the NFL's contention that secret witnesses help maintain "the integrity of, and public confidence in, the game of professional football." That is worth a read.

Fair shmair, this is the process that the players agreed to. Why all this talk of fairness?

I answered this question some in the last post. There is a difference of opinion between the NFL and the NFLPA on what is required by the CBA as far as the level of due process and who the arbiter can/should be. The players are not arguing that the CBA is unfair but rather that Roger Goodell and the NFL are not following the procedures that are explicit and implicit in the CBA.

I strongly suggest reading the final disposition of the matter signed by Roger Goodell (but certainly not written by him because of all the legal blah blah in it). It makes the compelling yet awkward argument that this is a fair procedure, trust me I'm fair, but too bad if I'm not fair because the players agreed to this. Not sure that argument adds to integrity and public trust of the NFL, especially after all the public questions that have been raised about much of the Bountygate evidence revealed so far.

What should be expected from the settlement conference in front of the Magistrate scheduled July 23rd?

A Federal magistrate can be described as a Federal court helper judges–they help with a lot of judgely administrative tasks. Some magistrates have more ability in mediating situations than others. Mediating is just a fancy way of saying help voluntarily settle.

Early settlement conferences in courts are standard procedure because courts would prefer for parties to work things out themselves instead of the courts having to do it.  It's cheaper, faster than full boogie trials, and settlements can often lead to resolutions that are better for the parties than what the judge decides.

Usually settlement conferences don't amount to much. But this isn't a usual, normal money damage case. There is a great deal of public interest in quick closure in a way that works to the benefit of both the NFL and players.

That being said, if Goodell wanted a mechanism to talk to the players outside the CBA context to get real information in the case, this could be a face saving way for each party to share information. The court is the party forcing the discussion, not either side caving in.

I think it depends on the outcome of this litigation.

If you read the Roger Goodell final appeals letter, it stands for the proposition that Roger Goodell can basically do whatever he wants with whatever fairness standards he deems as it relates to "conduct detrimental to the intrigrity of, public confidence in, the game of football."

If you read the NFLPA complaint, it suggests that there are fairness protections that are both spelled out and implicit in this CBA and in any CBA.

As I've noted before, just because you have the power to do something, doesn't mean that it is a wise thing to do. Bringing a punishment that goes beyond  deterrence into vengence hurts fans that had nothing to do with the original problem.

Bountygate is an example of the Commissioner bringing a severe, unprecidented punishment for something 1. More important to the NFL now than it was in the past. 2. He believed he was deceived and ignored about. If that set of circumstances happens in the future, I don't see why he wouldn't drop the vengeance hammer on another fanbase, team, player. Maybe not on this specific issue, but some other thing that becomes a pet issue.

I've written about the rise of the Commissioner's power since 2007, and the emphatic, emperial use of that power in 2009. Clearly Roger Goodell is not afraid to assert his authority, especially now that he has a new CBA in place and doesn't have to negotiate with the NFLPA. There's no reason to believe absent court/arbitrator rulings to the contrary that Goodell won't use overwhelming punishment in the future with whatever fairness standards he feels are appropriate.

Why the New Orleans Saints Bounty Penalties are Too Harsh March 27, 2012, Written After Coach/Team Penalty Announced by Before Player Discipline; Highlights Difficulty of Doing NFL Investigations

‘Presumption of Innocence’ or ‘Everybody Knows They’re Guilty?’ September 28, 2011, Discusses Whether Goodell's Use of Personal Conduct Policy Is a Reflection of America or Has Changed America. Written in Response to a Journalist's Question on the Subject.

wpDiscuz
10
0
Would love your thoughts, please comment.x
()
x
| Reply
You are going to send email to
Move Comment