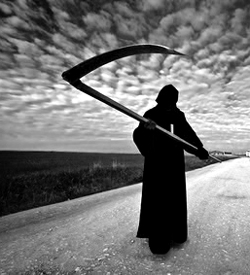 The posturing involving Saints "Bountygate" makes little real sense, but settlement of the lawsuit is very difficult due to issues of ego, power, opposite viewpoints, and lawyering. I have a hard time figuring out what the NFL's goals are other than a demonstration of power over the NFL Player's Association. For example….

Increasing Punishment Based on Retaliation?

This weekend Jason Cole wrote on Twitter that NFL sources suggested Jonathan Vilma's suspension would have been reduced to maybe 4 games instead of the entire season had the NFLPA cooperated with the NFL. Really? How is that a reasoned, non-arbitrary system to retaliate against players due the advice of their union and lawyers?

The idea is that had Vilma and other players cooperated with the NFL, they would have got a reduced punishment. Don't think there is any evidence of that.

The Saints coaches participated in the flawed, secret evidence, bizarre due process appeal to the Comissioner, and got zero reduction of their suspension. NFL Commissioner Roger Goodell believed that the coaches lied. Both Saints head coach Sean Payton in his sole public statement, and interim head coach Joe Vitt in sworn court testimony suggested that they didn't lie. If Goodell doesn't believe Payton after speaking to him in person, and Vitt after he has testified under threat of prosecution of perjury, I'm not sure what evidence is sufficient for Goodell.

Goodell Could Get Closure Right Now.

Goodell in his appeals decision noted: "While this decision constitutes my final and binding determination under the CBA, I of course retain the inherent authority to reduce a suspension should facts be brought to my attention warranting the exercise of that decretion."

Well, what is stopping him now? That the players didn't go to NFL Headquarters in New York to kiss his ring?

There's been court testimony in support of the players' position. There's plenty of information shared about the facts in the litigation documents the NFL's attorneys have and are available publicly from many sources, including one of my previous blog posts.

The Federal Court, like in most cases, is requiring the parties to engage in confidential settlement talks. For an appropriate magistrate-mediated settlement, you have to have parties with authority to settle. If Goodell wants his face-to-face meeting to look into the players' souls, heart, spleen or whatnot , that is more than an appropriate setting.

And now Jonathan Vilma's lawyer has filed documents with the Court complaining that the NFL is violating the confidentiality of settlement talks.

I've made the point before that Goodell keeps moving the goal line of what the Saints are being punished for as clearer evidence comes out. Goodell claimed this weekend that pay to injure is not a semantic issue, but the Saints players and coaches have a vehement, reasoned disagreement with him. Is there evidence of bounties, pay-to-injure, pay-for-performance? There's solid evidence on pay-for-performance, but the players and coaches are being punished for intent to injure and lying.

I think Saints QB Drew Brees has the most sensible point of view on this. From his interview with NFL Network as reported by ProFootballTalk:

“Do I trust the Commissioner? I think that Commissioner Goodell has done a lot of great things for this league.  It just happens to be that, in this instance, with the bounty, I think that the league and he have gotten this one wrong.  And we all have the opportunity to re-evaluate this and make it right, come to a positive resolution and do it together.  And be very open and transparent about it.”

“The most disturbing thing is the process, the process by which this whole thing was unveiled. The intentions were never made clear from the very beginning.  I think coaches and players alike were kind of brought in to talk to the Commissioner and the league under false pretenses, and all of a sudden it’s just like a media firestorm and evidence and things are getting leaked to the media, things are being reported that are proven to be untrue in a lot of cases.  And yet it’s out there.  The perception has been created nationally for fans and all those that love our game that there was something illegal going on here.  And that’s everything against what we stand for.  And that’s why we fought so vehemently to prove that’s not the case.”

Instead of using the punishment model for this matter, the NFL instead should have used the prevention model.

In Vitt's testimony in court, he noted that he didn't know that payments for performance were against league rules though he also noted that he should have known. The NFL has said that in 2009, the Saints were warned against this behavior. Were the players warned? Certainly, it wasn't made a league wide point of emphasis like illegal hits have been in recent years. If the NFL was intent in getting rid of the "culture of bounties," perhaps they should have done more to make that happen back when they had suspicions in 2009.

When punishment and grandstanding seem to be the NFL's intent by their actions and public statements, it doesn't create an atmosphere of trust with players and coaches to try to have reasoned discussions with the Commissioner.

The NFL suggests there is evidence that hasn't been revealed which demonstrates this goes beyond a misunderstanding. Perhaps this is the case, but when players' reputations, careers and money are at stake, they are not likely going to want a resolution without putting that evidence to the test.

Goodell as "Judge, Jury and Executioner" Under the CBA: This View Misses the Point.

Even those who believe that Commissioner Goodell's decision was wildly excessive, point to the view that the players shouldn't have agreed to the system in the CBA that gives Goodell the power to make unfair decisions based on secret evidence with no neutral appeals body.

This view misses the players' viewpoint that they believe the CBA does have protections built in it both explicitly and implied through just the general protections workers receive in collectively bargained rights in discipline matters.

Goodell has already noted that these are unprecidented sanctions. And I believe, there was substantial uncertainty on what the appropriate CBA procedures were to handle suspensions like this, after an arbitration appeal was pending.

To give harsher punishments to players due to uncertainties in the CBA discipline procedures seems unfair on its face. I think the NFL and the NFLPA have a reasoned disagreement on how the CBA is interpreted. Why should players with finite careers receive harsher punishment because of that?

Giving the Parties a Do-Over.

The handling of this situation has been a blackeye to both the NFL and the Saints. It has destroyed reputations. If the goal of the NFL is to defend its integrity, it's bizarre to do it in a way where the NFL says they are being fair, but they reserve the right to be unfair and to do things whatever way they want.

The reasoned, sensible thing to do would be to make all the suspensions go away. The Saints draft punishment and fines are significant enough, and the public attention to this situation clearly would deter further similar conduct.

It would be reasonable to agree that the Saints and the NFL have a different point of view of what transpired. That often people can honestly have two different points of view of the same events. And have all the parties work together to make sure that no pay for performance system of any sort ever happened in the NFL again. And everybody lives happily ever after.

That makes too much sense so it won't happen. And reason dies like it has since the beginning of time.

Why the New Orleans Saints Bounty Penalties are Too Harsh March 27, 2012, Written After Coach/Team Penalty Announced by Before Player Discipline; Highlights Difficulty of Doing NFL Investigations

‘Presumption of Innocence’ or ‘Everybody Knows They’re Guilty?’ September 28, 2011, Discusses Whether Goodell's Use of Personal Conduct Policy Is a Reflection of America or Has Changed America. Written in Response to a Journalist's Question on the Subject.

wpDiscuz
20
0
Would love your thoughts, please comment.x
()
x
| Reply
You are going to send email to
Move Comment