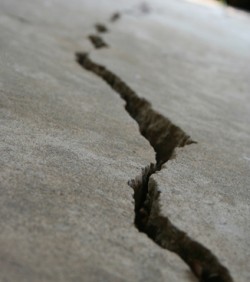 This week in dysfunctional labor relations pits the NFL Players Association (NFLPA) against the NFL. Unsurprisingly, after the NFL came out with their final determination in the so-called Saints Bountygate bounty/pay for performance issue, the NFLPA filed suit against the NFL on behalf of all the penazlied players except Jonathan Vilma.

This is after Saints player Vilma had already sued Roger Goodell for defamation, and Goodell and the NFL to stop his punishment.

If you are a NFL fan who wants to have an informed opinion about these matters, I suggest reading the actual legal documents.

Some people believe that this is something that only Saints fans should have interest in, but if you are a NFL fan, you should have a concern about these troubling detailed allegations. If Roger Goodell can do draconian punishment with unusual due process protections to the Saints and their players, they can do this to any team.

And if you are not interested in this matter, the documents double as a cure for insomnia.

Also want feedback from lawyers who might have expertise in this area or have practiced in front of the Eastern District of Louisiana to leave their comments here for sort of a roundtable discussion.

All of the following are Scribd links.

Maybe you've read the legal documents, maybe not. Here's some common questions/misconceptions I've been asked about and the answers as I see them:

If the NFLPA agreed to a Collective Bargaining Agreement (CBA) process involving the NFL Commissioner as judge, jury, executionor, isn't it way too late for the players to be complaining about it now?

In any negotiation, each side has to give on things. The NFLPA tried to get the role of Goodell changed in the CBA but was unable to negotiate that.

That being said, Vilma and the NFLPA aren't arguing against the CBA procedures.  They are arguing that the NFL failed to follow the new CBA as written.

Vilma is arguing that the decision making and document sharing wasn't done timely.

How are the courts going to rule on this stuff?

In general, do not try to predict what federal judges are going to do. They have a job for life as long as they don't do anything completely criminal. And even then, it is hard to get rid of them.

More specifically to this case, this is a bizarre situation. As both the NFL and the NFLPA state, the punishment in Bountygate was unprecedented.

Not only is the punishment unusually harsh, but it is an odd circumstance. With many of his off-the-field punishments, Goodell has access to police investigation records. And it is obvious that the player did something bad and dumb even if they haven't been criminally prosecuted fully yet. And often there are enough carrots with his stick punishment, that players know they can get on the field quicker if the player is sufficiently contrite, does some sort of therapeutic penance and stays out of trouble. These are usually one-off situations that affect one player's particular criminal event.

Or in Spygate, the punishment was swift, sure, punitive, but didn't overly effect people's long range careers.

In Bountygate, the players have a very limited playing career, feel punished for an organizational issue and are very much contesting the allegations made against them. Whether the players did this or not, Bountygate affects every aspect of league punishment and stands for the proposition that players can be penalized for things organized and promoted by their teams based on secret evidence.

I'm guessing that if the investigation had been finalized prior to the signing of the CBA, the NFL may have used a fairer procedure and may have done lesser punishment. I'm guessing, if the NFLPA knew that the NFL would provide sanitized limited evidence in an untimely fashion and call it fair, they would have fought the NFL harder to make employee protections more explicit.

Doesn't the NFL need to protect the whistleblower(s) in Bountygate?

Do think the NFL has an interest in keeping whistleblower information secret. However that interest seems to diminish when they use that information to take a disciplinary action that deprives an employee of money, harms his limited playing time career, damages his professional reputation.

What are the odds of Jonathan Vilma's defamation case in winning?

Public figures who have false allegations made against them that causes them harm are often urged to sue for defamation. Few do. Why?

It's expensive. And public figures have a higher hurdle to prove than non-public figures. They have to prove "actual malice," which means that the person making the statement knew it to be false or said it with reckless disregard for the truth. In addition, if it is a matter of public interest, often those statements can be protected from defamation claims.

And in this particular case, Goodell is arguing that the courts don't have the jurisdiction to handle defamation matters related to things in the CBA. This point is the important one. If a court has no jurisdiction, means that broad judicial lawsuit discovery doesn't happen at all. The NFL wants to say their information is solid, their process is fair, but they don't want to share any of the information without it being heavily sanitized. If Vilma gets passed this first procedural hurdle, federal court discovery is very broad in scope, and just about everything will be out in the open.

So aren't these lawsuits just about getting discovery information?

That's a part of the Vilma defamation complaint. I wouldn't just reduce it to just that because it is bad thing to have your reputation tarnished in a way that you believe is false in a way that affects your ability to make a living. Defamation suits are an expensive, emphatic, often futile way of saying, "I didn't do this."

Defamation suits are serious business. Typically, most human resource lawyers for companies advise supervisors not to make public statements about company investigations of employees or former employees for defamation concerns. Of course, those situations usually do not involve things of public interest nor public figures.

If you look at both the Vilma and the NFLPA cases, it goes beyond just figuring out what the NFL's evidence is instead of relying on "just trust us." This involves larger important matter of: If Goodell is making career altering decisions, what is the minimum level of due process that he needs to do and what protections do players have against false accusations?

That is a big deal, a 10-year-length of the CBA big deal.

If you read the complaints and the public statements about this, there are differing accounts of whether the players and/or their attorneys had the ability to meet with Goodell.

There's a dispute on the nature of the evidence that the NFL needed to provide the players and the timing of that evidence.

Ultimately, the players are put in a very bad situation. They are the subject of general accusations against them coming from a secret source. It is difficult to prove a negative, particularly when you can't examine the evidence against you and may have limitations in accessing and questioning witnesses.

Goodell is holding out the carrot of some sort of outside of the CBA reprieve if the players talk to him, but I'm not sure there is any middle ground. If someone believes you are lying, and are punishing you partially because he thinks you are lying, it is pretty hard to convince someone to the contrary.

This is dumb. I am sick of hearing about it.  Why can't the NFL and NFLPA get along?

Best question of all.

I hereby agree to mediate this disagreement for 1/10th of what the lawyers are getting paid to litigate this and fund my childrens' college educations.

Mediation actually is a way that parties in litigation can come up with a result that everyone can live with. When courts order this, and make the parties do this, it allows both sides to save face by forcing them to talk without harming their litigation cases.

The NFL would likely want no part of that because they don't want the courts to have the ability to tell them to do anything. The NFLPA/players would likely think it is futile given the NFL's public statements to make the Saints an example. It's very hard to mediate when each side perceives no middle ground.

The NFL and the players could do a mediation outside of being a court ordered one. A time out. I've used these in disputes even before litigation has occurred and resolved things in a face-saving way for everyone.

High stakes power, PR, money and ego issues make any sensible, quick resolution difficult. Would not be unexpected for this matter to evolve a bit like the Star Caps one, where the punishments are deferred until process issues have time to be sorted in the courts.

Why the New Orleans Saints Bounty Penalties are Too Harsh March 27, 2012, Written After Coach/Team Penalty Announced by Before Player Discipline; Highlights Difficulty of Doing NFL Investigations.

wpDiscuz
5
0
Would love your thoughts, please comment.x
()
x
| Reply
You are going to send email to
Move Comment