Brian Rogers, a Houston Chronicle courts/crime reporter, put together a tumblr of face tattoos. Often you can marvel at the informal clothing people choose to wear to their court appearances.

The husband Bill often sends me picture of food (I like food) and strange things he encounters. But the picture below defies explanation.

Without cropping this closer to make it crystal clear what this is in its grotesqueness, the picture below is a used condom that Bill saw near the elevator bank of the court house. Yuck, sorry, but whoa.

Some things in life you sort of want to know and not know at the same time, you know? I really can't come up with any rational explanation for this. 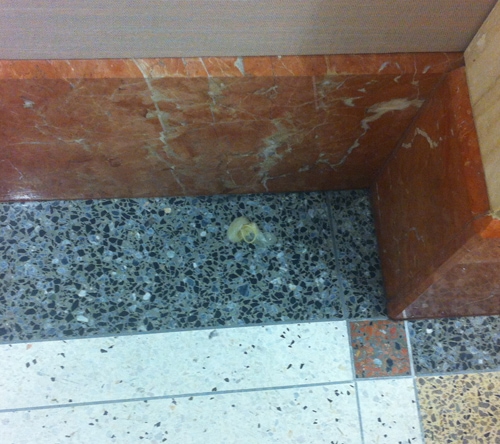