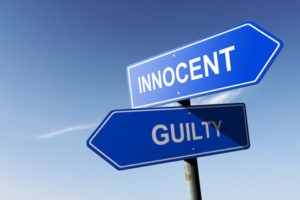 The word “provocative” has often been used in articles describing the tactics of Open Carry Texas. A Google search of “Open Carry + provocative” leads to about 15,000 results.
For those unfamiliar with them, “Open Carry Texas” is the organization which seeks: 1. to promote awareness that the open carry of long rifles is legal in Texas; 2. to make people feel more comfortable with the safe and legal exercise of that right; 3. to change state law to make less restrictive open carry laws.
They promote their cause by openly carrying rifles at rallies in public places. According to the Houston Press, “Open Carry Texas Says it Still Wants to March in the Fifth Ward.”
An open carry group called the “Huey P. Newton Gun Club” conducted a march in South Dallas recently.  Partially in response to the Mike Brown police shooting in Ferguson, Missouri.  The purpose according to one of the organizers? To share the view that “all black people have the right to self-defense and self-determination.”
Open carry rallies currently are newsworthy, and some would suggest provocative.
Seeing the word “provocative” in these articles reminds me of  the muddled Texas law on self-defense. Self-defense claims happen when a person who reasonably believes he is facing an imminent threat of grave bodily injury or death uses force to defend himself.
In Texas, some sets of facts can result in what is called a “provocation” jury charge. To oversimplify, the jury is asked by the prosecutor to look at the question: “Who provoked the attack that resulted in the shooting?” If a jury decides that a defendant “provoked the difficulty,” then it acts as a complete bar to the defendant being able to claim self-defense.
The theory on this is the law doesn’t want people to be able to manufacture an excuse to shoot someone and then later claim self-defense. Makes sense.
In practical, real world terms, a “provocation instruction” to a jury presents problems for those who try to use lawful self-defense in Texas. If a person has what looks to be a good self-defense claim, the provocation language can give a way for a jury to rule against a defendant if they don’t like him and/or want to support the person and his family who self-defense was used against.
If an entire court room is filled with the friends and family of who the prosecutor says is the victim, there can be immense pressure to find for a guilty verdict instead of lawful self-defense.

Does the Act of Open Carry of Weapons Risk a Provocation Jury Charge?

What I wonder is this: If someone open carrying a weapon actually needs to use his weapon to defend himself, could a prosecutor possibly claim that he “provoked the difficulty,” barring his self-defense claim?
Texas law on provocation is judged on a case by case basis and puts the burden on the shooter to guess whether a jury might later think he provoked the incident. The 1998 Texas Court of Criminal Appeals case, State v. Smith explains the confusion of Texas law on this well:
“Unfortunately, what was true in 1908 is still true today:  “[T]here is some uncertainty, if not confusion, in the books in respect to the doctrine of provoking a difficulty.”  Young v. State, 53 Tex.Crim. 416, 110 S.W. 445, 447 (1908).   “[T]here is often great difficulty in determining just when a combination of facts justifies a charge on the law of provoking a difficulty.”  Flewellen v. State, 83 Tex.Crim. 568, 204 S.W. 657, 664 (1918) (Morrow, J., dissenting).  “[E]very trial judge of any experience knows that submitting such a charge to a jury is fraught with difficulty and the chance of error is great.”  Dirck v. State, 579 S.W.2d 198, 203 n. 5 (Tex.Cr.App.1979).”
There are three factors Texas courts are supposed to look at when deciding whether someone “provoked the difficulty” according to State v. Smith:
“A charge on provocation is required when there is sufficient evidence (1) that the defendant did some act or used some words which provoked the attack on him, (2) that such act or words were reasonably calculated to provoke the attack, and (3) that the act was done or the words were used for the purpose and with the intent that the defendant would have a pretext for inflicting harm upon the other.”
The difficulty is that if you look at Texas case law, the provoking act doesn’t have to be unlawful (as it does in some jurisdictions). It can sometimes just be bad judgment.
“Some act or words.” Could the lawful display of loaded, semi-automatic rifles in places where they are not typically carried itself be considered a provocative act?
Since judges and juries cannot look into people’s hearts and minds to determine intent to inflict harm, circumstantial evidence is used. Seldom is there obvious evidence of bad intent. The Smith court suggested that sometimes the provocative act is bad enough to show intent. Sometimes prosecutors use evidence that otherwise may have innocent explanations but after a shooting could be seen as bad intent.
Also complicating things is the common use of the word “provoke” is different than the legal meaning of “provoke the difficulty” which includes the element of intent to start a dispute in order to harm the other.
Hopefully, this set of events involving open carry becomes no more than a hypothetical. The reality is that provocation charges can complicate claims of lawful self-defense in Texas in any circumstance, guns or no, and result in long and confusing jury charges.
Both candidates for Texas governor support legislation for the open carry of handguns as well. When legislation on open carry or “stand your ground” is enacted by legislatures, it is intended to help those who want to use lawful self-defense. But in practical terms, the Texas law on provocation can make a trial a referendum on character of the people involved in the confrontation.
What one person sees as a lawful exercise of Second Amendment rights for self defense, a jury could be told the person is a “gun nut” looking for trouble.