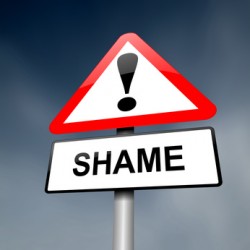 I'm not sure why politicians think that robocalling the electorate is a good idea. One of the most popular pieces of federal legislation was the establishment of the National Do Not Call Registry in 2003. Sadly, one of the exceptions to the bill allows for political calls, and increasingly those calls are made by recordings.

I can't fathom that there is any data that suggests intentionally annoying people in their houses with recorded messages during dinner is an effective campaign strategy. So this blog post is my windmill tilting to make them go away.

A few years ago, I received a robocall from Jerry Patterson's campaign. I contacted his office and said I preferred not to receive these calls. Surprisingly, I heard back from Mr. Patterson who said the following:

1. He apologized for the call. He said he reluctantly used them because it is expensive to run a statewide campaign.

2. He agreed to take my number off of their list.

3. And that if I received another phone call, he gave me his phone number to call him personally to take care of it.

That's an unusual experience. Personally I'd prefer for the Do Not Call Registry to include political calls, but barring that, banning robocalls. Because with robocalls, as opposed to talking to a human being, you can't tell them to take your name off their list.

Political calls are like an unfunny prank call to me. By older people who should know better. It's shameful behavior to interrupt the peace of a person's home. So when the law won't take care of obnoxious behavior, all we can do as individuals as to publicly shame candidates. Asking them not to use this form of campaigning that just about everyone of any political persuasion agrees is unwelcome and ineffective.

The following people will be on my Political Robocaller List of Shame (Until such time they categorically reject such offensive campaigning techniques). Are you getting annoyed by robocallers too? Leave their names in the comments:

David Dewhurst – Running for US Senate

Paul Bettencourt – The former Harris County Tax Assessor-Collector isn't running for anything. But I received a grotesque, painful number of robocalls from him touting various candidates.

This is not meant as a political post. I don't much like politics because generally speaking I like looking for areas of agreement instead of neener neener talk which seems to be what is considered the preferred form of statesmenship these days.

But what most sentient beings can agree on is unwelcomed calls to your house from a recording should be eradicated from the universe. That's not a political statement but rather one of just basic manners.

I actually sympathize with folks running for office as it seems to be a great thing to do if you like begging for money, public abuse and having your work being trying to fix things that may be impossible to fix. So in sum, what I'm saying is, hey do your thing politicians, just don't robocall people. And if you legislatively eliminate robocalling, I will buy you the beverage of your choice. (And for those thinking this, no I can't get rid of my land line as my cell service in my house is unreliable).

wpDiscuz
7
0
Would love your thoughts, please comment.x
()
x
| Reply
You are going to send email to
Move Comment