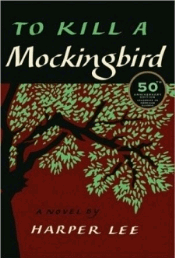 As a child, I didn’t know any attorneys. Probably didn’t meet one until I did an internship at a large lawfirm during college when I was trying to figure out whether I was going to law school. My first exposure to the legal profession was reading To Kill a Mockingbird in high school. From reading the interesting wiki on the book, apparently Atticus Finch made an impression on generations of lawyers.
This also was my first exposure of how lawyers sometimes need to represent publicly unpopular clients. There are differing legal and ethic obligations for doing so, and the standards differ throughout the globe. [pdf]
I get startled some by the social media-talking head hostility toward lawyers doing their job. Just doing zealous representation of a human being, not a caricature. Our legal system may not be perfect, but it is better than rogue justice.
President John Adams was elected President of the United States, even after he had represented the British Soldiers involved in the Boston Massacre. Could a good defense lawyer be elected President in today’s world? Adams worried about his reputation, and at the time famously remarked about the case:
“Facts are stubborn things; and whatever may be our wishes, our inclinations, or the dictates of our passion, they cannot alter the state of facts and evidence.”
I’m guessing in a 24/7 talking heads cable world and with Facebook and Twitter speculation, Adams would had issues with people making up their own facts because they heard it on the web or saw it on TV.