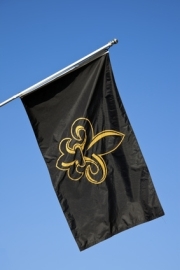 I can’t say I am a fan of the NFL-enacted penalties against the New Orleans Saints for bounties and the cover-up of the bounty program. Though much has been said and written about this, nothing really captures my fan-focused thinking. Here’s some thoughts:
1. Bounties are bad. I’m not defending bounties, or that it is a good idea to lie or cover up things to the NFL Commissioner’s office. Just getting that thought out of the way.
2. What is the purpose of NFL punishment? The NFL, unlike the legal system, doesn’t have a set of penalties for different offenses. They are just making things up as they go along.
In this matter, the NFL enacted by far the harshest penalty they have done to any team (details of findings and penalties from NFL.com): Suspending Gregg Williams indefinitely (presumably a harm to the Rams if you like him as a defensive coordinator), suspending Sean Payton for the season (costing roughly a reported $5.8 to $7 million in salary), suspending GM Mickey Loomis for the first 8 games, assistant coach Joe Vitt for first 6 games, losing a 2nd rd pick this year and next, and a $500,000 fine for the team, and penalties of unknown severity to various players, some of whom may have already fined for player hits.
These harsh penalties should be a concern whether you are a Saints fan or not. If the NFL commissioner can do this to the Saints, he can do this to any team (and their fans). From the looks of it, the purpose of punishment for the NFL looks to be vengeance not deterrence: Anger about not changing the bounty program in 2009 after a warning, and covering up the extent and duration of the bounty programs.
Certainly, the aim of the NFL’s punishment isn’t just deterrence. You could do punishment that is less of half as bad as the currently enacted one along with the public shaming, and it would make sure that the “culture of bounties” and cover-ups ended once and for all. If you don’t believe me, how much of your salary taken away would deter you or others from bad actions?
3. Arbitrary, strong punishments bad for fans. The problem with vengeance instead of deterrence apparently being the model for NFL punishments is that it hurts NFL fans. Saints fans had nothing to do with the bounty program or cover-up.
I know what it is like to pay large quantities of money to watch bad football (paid to watch the David Carr Texans from day 1 of franchise), and I only pay for one ticket and a parking pass. Plenty of fans pay a ton more. Maybe the Saints can overcome these penalties, but I don’t think Goodell remembers what it is like to write a big, fat, painful check to watch bad football. It’s Saints fans that are paying to eradicate the wide spread practice of bounties, and the vengeance over the cover-up. And they aren’t at fault.
Who advocates for fan interests? It isn’t the NFL. Saints fans weren’t mentioned once in the NFL discussion of the penalties.
4. The investigation process and appeal. So what if Sean Payton thinks the punishment is too harsh or believes the NFL investigation was not as “conclusive” as the NFL says it was? The appeal goes to the Commissioner. How do you say that the punishment and investigation sucked to the guy who did the punishment and investigation?
“Delicately” isn’t delicate enough of a word.
I’ve been involved with in-house corporate investigations. I’ve tried cases. And what I’ve learned is that the result of investigations and litigation is never the God’s-eye, one-truth of a situation. It’s an approximation. Some approximations are better than others. The best version of truth you can find given the differing memories, interests of different people.
Sean Payton in his brief recent statement about the penalties says that he does not believe he lied to the NFL Commissioner in his two trips to see him. It is quite possible that Goodell thinks he did, and Payton thinks he didn’t. But given that Goodell is the judge, jury and appeals court, it’s not likely that Payton’s view matters.
It’s hard to investigate anything when people are afraid of the results of the investigation. This is especially true when punishments are just made up on the fly. Like investigations using torture, you sometimes end up hearing what people think you want to hear. Or people who have knowledge lay low and try not to get involved.
And this situation isn’t done. To approximate justice, the NFL is continuing to investigate individual player penalties and possible other team involvement in bounties. I can’t say I am a big fan of the grandstanding, league commissioner as sheriff model. Never have been. (See this old blog post from 2009).
Today the Saints, tomorrow…?