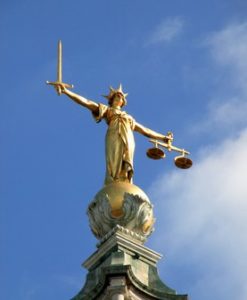 On August 4, 2015, the Deflategate transcript of Tom Brady’s arbitration hearing in front of NFL commisioner Roger Goodell was released widely on the internet.
Many people crowd-sourced discussed this as it happened. Much to the unhappiness of some my Twitter followers, and happiness of others, I live-tweeted my thoughts as I read it.
So that they were not completely lost to the universe, I created a Storify to collect them and other attorney’s views I thought made sense and were useful to know. So, this is easier to read version of that night, for people who have better things to do than to read an entire 457 page transcript.

If you have gone down this far, congratulations. I suggest reading other parts of my blog that are a lot more fun than this.
It often bothers me how little consideration the NFL league office has on how these sorts of investigations make private people into public figures. It is frightening to go through this sort of process, whether you did something, didn’t do it, or just are a witness.
I understand battles between management and unions, but it strikes me, as I was finishing the transcript, how unnecessary and wasteful and destructive all of this is.
Just makes me angry.
If the NFL had less arbitrary policies and were more reasonable with their punishments, they would go to court less. And waste fewer judicial resources. The NFL’s unreasonableness with some of Goodell’s decisions is a direct result of the NFL having way too much money. If they had budgets like normal businesses, they wouldn’t push the legal envelope of what they can do with their powers.
Nope, a fine and a warning to all teams would be far too reasonable.
__________________
Have any additional questions, comments? Put them below.
It’s sometimes hard to talk about legal issues to a broad audience without simplifying to the point of complete inaccuracy. So if you have any Deflategate transcript legal questions of a more or less detailed nature than above, please let me know. My comment community is usually a very good one. Sometimes the comments are so good, I create new blog posts just to highlight how good some of the comments are. Unusual, I know.
(Please note. This is my blog, it has my name on it, so I have rules. For those who don’t know, I approve each comment individually and will approve most stuff unless it is abusive or spam. Unlike some places on the web, I strongly prefer for people to attack arguments and NOT people. What that means is that I do not want any personal attacks against people you dislike or other commenters. Avoiding personal attacks make the comments helpful to others’ understanding and doesn’t derail conversation into middle school neener neener stuff. This is a forum to create reasoned commentary and questions on the legal issues and not for trash talk because there are many other places on the web for that, and I do not want to facilitate it. In addition, since the issues right now are mostly ones of process and law, I am not interested in this being a forum for discussing the detailed facts unless they have some relevance to the process issues which are the main ones relevant in the on-going court case. Think of this as fair notice. Thank you kindly for your cooperation.)

wpDiscuz
38
0
Would love your thoughts, please comment.x
()
x
| Reply
You are going to send email to
Move Comment