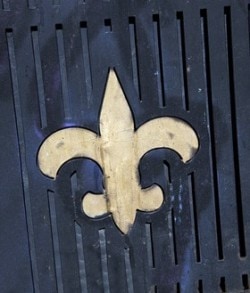 As I noted last March in my blog post entitled, "Why the New Orleans Saints Bounty Penalties are Too Harsh," the NFL was likely going to face issues with the Saints Bountygate investigations and if they extended the penalties to players as well.

As I explained then, I am not a Saints fan, nor am I advocating bounties or pay for injury or pay for performance pools.

No one is. If there ever were a "culture of bounties," such a thing is dead. Not just because of the unprecedented NFL penalties but because of public stigma and the prohibition against them couldn't be any more clear now.

As a fan of the NFL, I am concerned with the procedures the NFL uses to choose particular discipline. If they use a flawed and arbitrary punishment/investigation method as it relates to the Saints, the NFL can do this to any team for whatever their pet issue du jour is.

How Can There Be Bountygate Closure?

Unlike the Spygate punishment, there can't be any quick punishment and closure of Bountygate. The Spygate tapes were destroyed and the punishment was significant and mostly at the top organizational level.

Saints fans understood there would be some punishment. Nobody anticipated the unprecedented scope and harshness of it.

Generally speaking, if the only punishment for a situation is an excessive one, it increases the incentives to contest it.

The coaching staff doesn't have a huge incentive to significantly contest the punishments because their careers have an extended duration, and they want to get back into Roger Goodell's good graces. The players have a shorter playing career–suspensions take away a huge part of their lifetime NFL income.

Here's a link to the Vilma v. NFL complaint filed over the weekend. In basic terms, Vilma's lawyers are claiming that the NFL violated the CBA in the way that they did the hearing, are trying to compel Goodell to make a final decision, and are asking for a temporary restraining order and a preliminary injunction against beginning the suspension assuming that is ruled.

I strongly suggest that all NFL fans read that complaint. Of course, it is written from an advocacy standpoint, but it does raise troubling questions about the process and nature of the NFL investigation.

Integrity and Public Confidence in the NFL.

The NFL's approach to the Bountygate evidence has been mostly "trust us." The limited information released has been leaked in dribs and drabs over time.

Ironically, the NFL personal conduct policy was put into place to deter "conduct detrimental to the integrity of and public confidence in the National Football League." It seems to me that promoting punishments that harm peoples' reputations and take away their livelihood in a process that is not perceived as fair and transparent doesn't reflect highly on the NFL.

Even if parts of their evidence are inaccurate or wrong, the NFL not likely going to want to reverse course because of two factors: 1. Upholding the principles of league discipline and not wanting to look like they cave every time some lawyer guy files suit; 2. The looming concussion litigation out there, and how the NFL handled the punishments in this situation.

Just Because You Can Do Something, Doesn't Mean You Should.

Defenders of Goodell's punishment claim that if the players don't like the form of punishment, they should have fixed that in the CBA. I suspect had the NFLPA known the extent of punishment and the NFL's failure to share even basic investigational evidence, they may have fought harder on the the Goodell-only form of judge, jury, appeal process.

Vilma's lawyers are claiming that even those procedural fairness protections contained within the CBA weren't followed.

And CBA or no, just because the legal system might allow you to do a questionable investigation and do a punishment that goes far beyond deterrence into vengeance, doesn't mean that doing so is good for the league. There is a profound lack of trust among the NFL, players and fans on how this situation was handled.

But that is the past. Toothpaste out of the tube and all. How do you engender trust in the process for the future? Trust by fans? How can the NFL move beyond this into closure?

Sometimes, when you are truly in a position of strength, the best approach is to give in a bit even though you don't have to. That just because you have the money and the lawyers and the leverage and the power to get your way fairness be damned, doesn't mean it is wise to do so. There's a high price of winning if you lose goodwill and trust and hurt the reputations of everyone during the process.

But what about the players injured in Bountygate? Every week of the NFL results in injuries. That's the thing. It is inherent to a violent sport. Punishing a select group of players who may or may not have participated in a program promoted by their defensive coordinator doesn't change that.

I'm less concerned with Bountygate, and more concerned with future Goodell punishments of teams, players, coaches. Bountygate illustrates an arbitrary punishment system with an investigation that might actually be right, but I have no confidence in given the public information revealed about it. Saints fans weren't at fault in Bountygate, yet they receive the punishment and are supposed to just be fine with it. (I don't remember who said it on Twitter, but someone suggested that Roger Goodell show up to the Super Bowl in New Orleans in hologram form. He might want to look into that).

Ideas for an NFL Exit Strategy?

I'm not sure what the NFL's exit strategy will be in this case. Likely just paying the lawyers a bunch more money than they've already been paid.

As an attorney who worked in-house for large organizations, I know that lawyering up is often the expensive path of least resisistence to risk-adverse, ego-full clients who aren't paying the bills out of their own pocket.

I've tried to figure out what could constitute closure in this case–which would address the NFL's concerns but also the reputational/professional ones of the players involved. And the anger and fairness concerns of an entire Saints fanbase. Just seems like the course that is going on right now is a lose/lose for everyone. Players defending themselves. The NFL slowly dripping out negative information. Saints fans angry at uncertainty and poor information.

I like to find positive outcomes to negative situations but I don't think one exists here. The NFL doesn't give concessions except when they are forced to.

Or you might be of the view that it doesn't matter that Bountygate is a PR blackeye to everyone involved. And even if the information about Vilma and other players isn't accurate, it is fine to sacrifice them in the desire to save the sport. Can't say I like ends justifies means sort of business practices.

Whether you think what the NFL did was right or wrong, is there any way to get closure in a timely way? I think there is too much ego, money and principal involved which means that the lawyers get paid until all legal methods are exhausted.

wpDiscuz
11
0
Would love your thoughts, please comment.x
()
x
| Reply
You are going to send email to
Move Comment